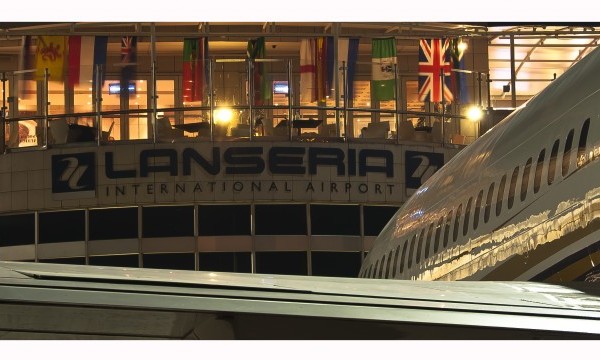 Rammopo says: ‘I’m amazed by the comments we receive from people who use the airport regularly. They say it’s the best thing to happen to air travel, because of the convenience, ease of use and friendly staff .’

Most travellers want to maximise the time they spend at their destination and minimise the time (and effort) they spend getting there. This is the premise on which Lanseria International Airport (LIA) has based its business model. And the phenomenal growth achieved over the years shows that it’s working.

The airport’s CEO, Rampa Rammopo, says it all comes down to convenience and accessibility. ‘We are very close to the main road networks, such as the N14 and N1 highways, making the airport easily accessible to the public. Added to that, you don’t have to spend a lot of time getting from your car to the boarding gate. It’s very quick, taking around 10 minutes at most.’

This is largely thanks to the short distance between the parking lot and terminal building. Another plus is that domestic passengers only need to be at the airport 45 minutes before their travel time. ‘That’s the convenience people like,’ reiterates Rammopo.

He explains that Lanseria’s business model differs from those of other airports, which encourage passengers to spend more time – and money – in transit. There is no retail off ering at Lanseria and limited restaurant options. ‘

We prefer very low dwell time. We want you to get from the parking to the terminal building as fast as possible and then to the aircraft. Lanseria is all about convenience, we take into consideration the traveller’s busy schedule and make getting to the boarding gate as hassle-free as possible,’ Rammopo says.

According to Rammopo, LIA is aiming to double its passenger numbers in the next six years by increasing the number of scheduled flights and routes (currently flights are limited to Durban, Cape Town and George) as well as introducing commercial flights into the rest of Africa.
To accommodate this growth, says Rammopo, there are plans to expand the terminal building, and improve the road and air-side networks.

Construction has already begun on a new multistorey parkade that increases parking capacity by 1 000 bays as well as reducing the distance between the parking and terminal building even further. The first phase was completed in October 2017 with the launch of a tunnel linking the parkade and terminal building. The next step is the building itself, which is expected to be ready by the end of October this year. Also slated for the next three to four years is a hotel in the precinct.

Rammopo says: ‘I’m amazed by the comments we receive from people who use the airport regularly. They say it’s the best thing to happen to air travel, because of the convenience, ease of use and friendly staff .’ And, you’ll generally receive a consistent level of service as most of the people who work at Lanseria, including amongst others the check-in agents, are employed by the airport rather than external service providers. ‘We’ve got excellent staff here who know what they’re doing,’ adds Rammopo.

DO IT ALL YOURSELF

Lanseria International is the first airport in Africa to introduce a self-service baggage tagging and drop- off system.
It partnered with aviation technology company SITA to launch Scan & Fly. This allows travellers to scan their own bags, tag them and drop them off to be loaded on the aircraft, completely cutting out the need to visit the check-in counters and fast-tracking the boarding process.
‘For the tech-savvy traveller it excites and adds to the offering at Lanseria. But for those who want to interact with a physical person, the option is still there,’ explains Rampa Rammopo, CEO of Lanseria International Airport.